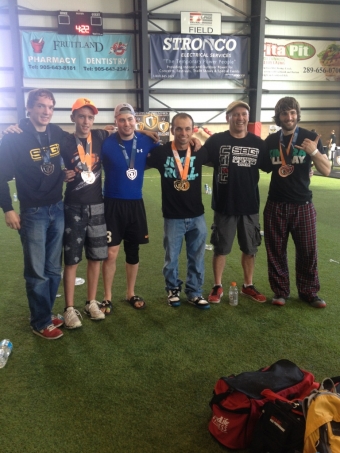 TEAM SBG Niagara had 9 athletes compete: Coach Peshko, Coach Justin, Coach Jermaine, Owen, Harry, Tyler, Joel, Alex, and Allan,  and came home with a whopping 12 medals total, 2 Gold, 2 Silver and 8 Bronze. In the last two competitions that the Team has competed in we have brought home a combined 23 medals!

Rather than give my standard breakdown of who won what medals and such, I am going to go with something a bit different this time as I already posted throughout the day who won what. The medals are pretty cool because the TEAM worked hard for them, but other things took place before, during and after the event that means much more than the medals, so I would like to mention them here:

It is my privilege to coach such awesome, genuine and caring people.

This is SBG..You will be OK!