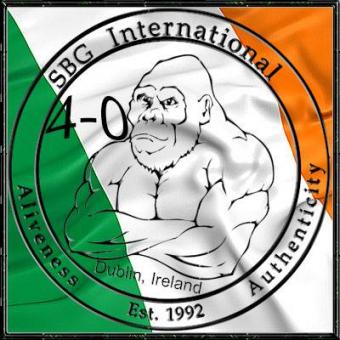 SBG Ireland Head Coach John Kavanagh and his team of athletes dominated the UFC in Dublin, Ireland on Saturday night, going 4-0 for the night.  All of the fights ended in either submissions or TKO's, and none of the fights made it past the second round.

Adding to the total domination of the Team, Cathal, Gunnar and Conor received 3 of the 4 Performance of the Night Bonuses, and UFC DUBLIN broke the record for being the highest rated sporting event on 3e tv in Ireland, no doubt to the guys being on the card and representing Ireland MMA.  Conor has now moved into the Top Ten in the UFC Featherweight Division, and Gunnar is now ranked #12 in the UFC Welterweight Division.

Coach Kavanagh, "The Godfather of MMA" in Ireland,  has been quietly building his team over the past 20 years, and is very deserving of the accolades he is now receiving from all around the world.

Keep your eyes on the Team....even better things to come!